For over sixty years, Peter’s passion has been building working Meccano cranes. In this, the second part of his story, we start to delve in deeper into his world. 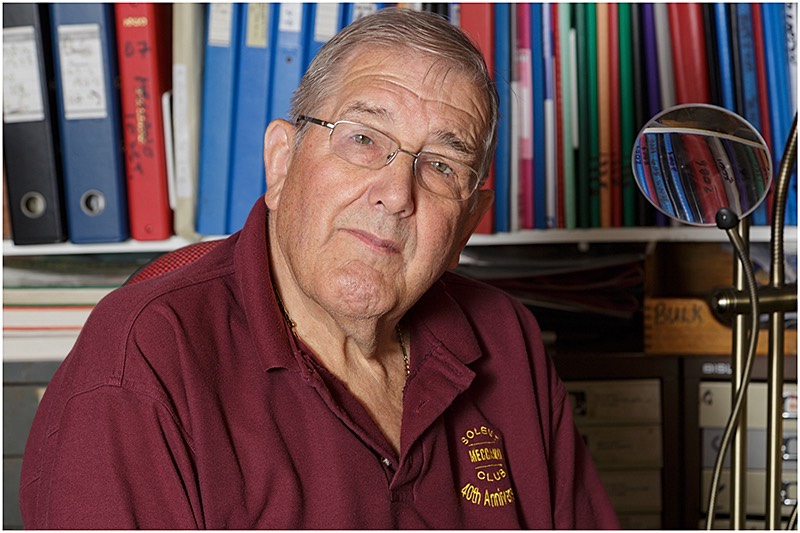 TO THE BAT CAVE ROBIN

How much time would you say you spend building models?
Since I lost my wife in 2012, I’ve had a lot more time to myself, so I will spend ten, twelve, occasionally more hours a week out in the workshop. 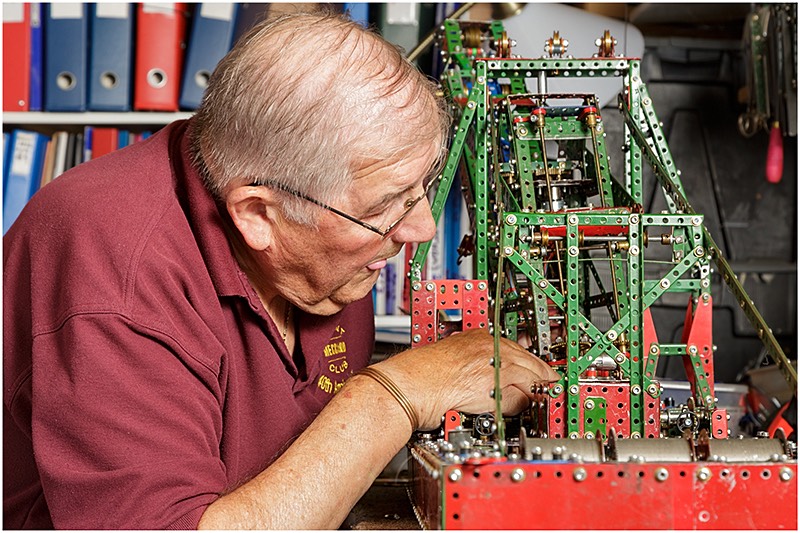 So this is 40 or 50 years worth of Meccano collecting?
Yes, there are obviously lots of duplicates, but that’s to be expected over such a long period of time. I keep myself busy here in my man cave [laughs]. 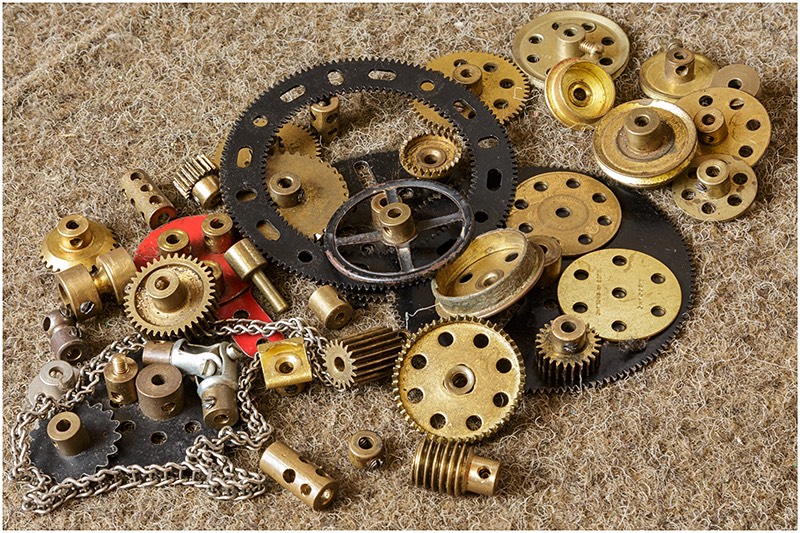 Have you always had the workshop as a dedicated space for Meccano?
No, when the kids lived at home, I had it in a big filing cabinet on wheels that I used to bring out from the shed. Saturday and Sunday, it would be in the dining room. Then when my daughters moved out, I took over the youngest’s bedroom. I chose that one because it was over the front door and had a dividing wall below, which helped to support the weight. That worked quite well for about seven years until we moved down here to the south coast.

Were your daughters interested in Meccano at all?
No, not in the least [laughs]. They’ll come to a show where I would be exhibiting or whatever. The same for my grandson, he’s not even interested in Lego, it’s all electronics. Mind you he is 22 now.

AT THE COAL FACE

This is the model before the one you are building now?
Yes, this is the Swan Hunter #1 Barge Crane [Titan], which I will be taking to the Skegness show this year. It was designed specifically to put the boilers in RMS Mauretania. As with all my models, I put together a ‘project’ book with references to the original research. This has a write-up, a copy of the original photographs, and the drawings and plans. I had a bit of trouble getting this one translated from Old High German, even now it’s not one hundred percent, but it’s close enough. 140 Tonne Lift

REF: Titan – Floating Crane
Titan was designed to have a maximum lift of 140 tons. The jib carried dual hooks, the large 140 ton hook able to reach to radius of 80 feet, and the smaller 20 ton hook to 100 feet. The lifting gear for the larger hook is capable of carrying 80 tons at 80ft. radius, and for the small book 140 tons at 50ft. radius. The smallest working radius is 9 feet for the light lift and 16 feet for the heavy lift.

When did you finish the Titan?
Only in the last few weeks, actually. I even built boilers to give some context of what it was designed to do [laughs].

You said that you’ve already started on another model?
That’s this one, Manchester Ship Canal – Lock Gate Lifter. I was lucky enough to get a set of drawings which are 1/4 inch to the foot. 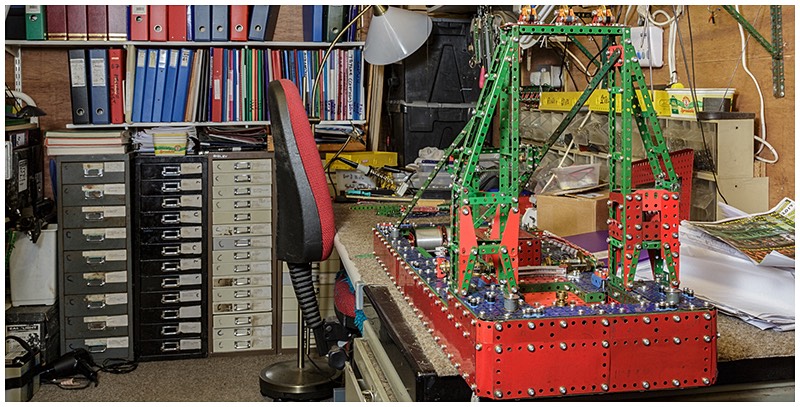 What happens when you run out of space for storage of parts?
I’ve got that much Meccano that every so often when I acquire extra parts from somewhere, I find that I can’t get any more in the drawer. When I reach that point, I have a bit of a clear out and take a box load to a club night for auction. It’s only pennies really, but, if it can go to a good home, it’s better than throwing it away.

Do you have a preference what you keep or discard?
When I have a clear out, I refine my tastes so to speak. I use red and green, the traditional coloured Meccano. But there are different shades of red and green. I don’t like the pea green and I have a friend, local to me, that will take all my pea green pieces I can offload.

What sort of green do you like then?
My preference is for the darker green which was produced from 1922 to 1934, before it went to blue and gold. There’s a maroon colour for the red, that’s also very nice from that period. But they changed the colours an awful lot during the post-war period. I lost interest in the variations. You’ll find all my models are the red and green, not the light green if I can get away with it. I tend to use the pre-war blue and gold strips for the walking plates. The blue strips have got gold hatching, which brings into mind the aluminum walking plates that are used on the actual machines.

But you’re not a strict purist that we mentioned earlier?
Oh no; you’ll find parts on my models from 1900, right through to 2015. I might buy a modern set, but I’ll give half of it away because I don’t like the zinc colour. If it has holes at 1/2 inch intervals I will use it! I do tend to use the modern Allen key bolts more now because I find them easier to manipulate as I’ve got older.

To be continued …
Part 3

Click here for the first part of Peter’s story.