We finish up our story of Bursledon Brickworks Museum volunteer Bob Palmer, with a quick look at engine number two, some of the other equipment and what the future might hold. Click here for parts one & two of the story. 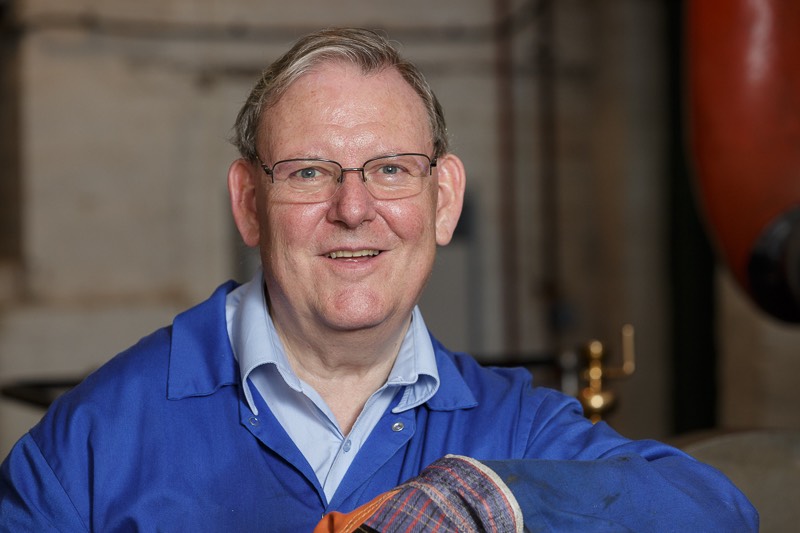 GETTING YOUR HANDS DIRTY

If somebody held a gun to your head and said you can only work on one thing, what would it be?
That would have to be the engine, I mean, that’s why I’m there [laughs]. The engine and the equipment that it drives. 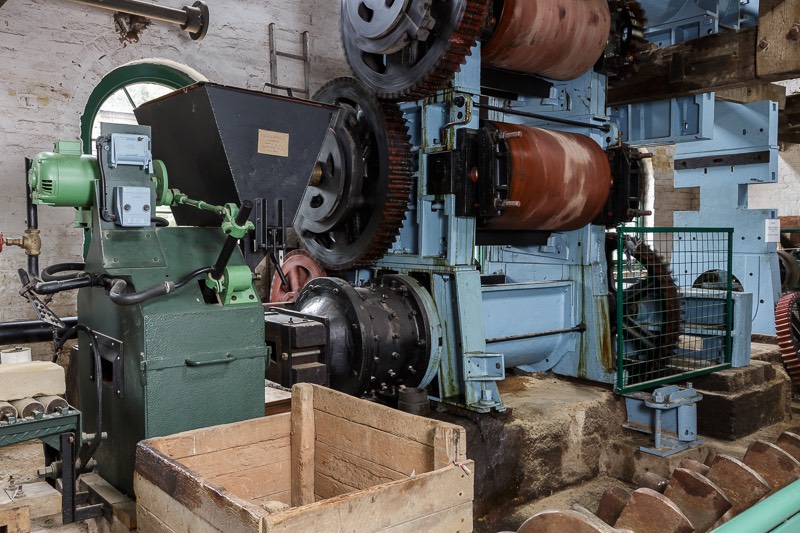 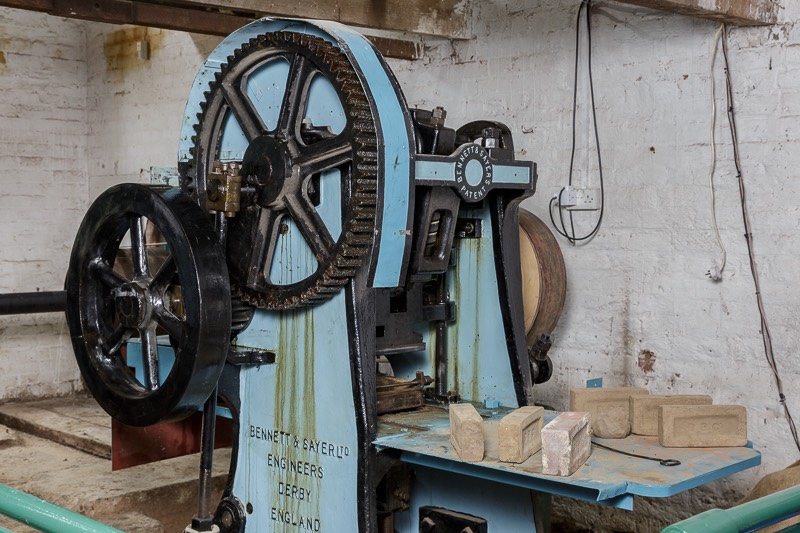 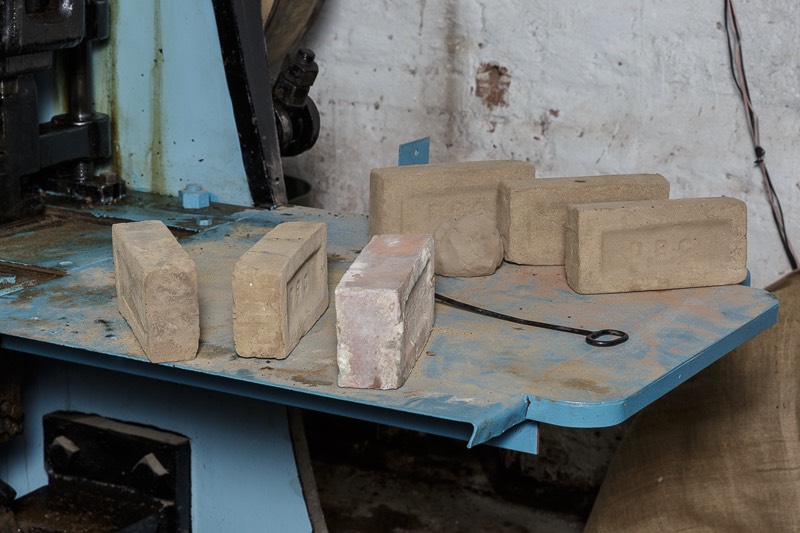 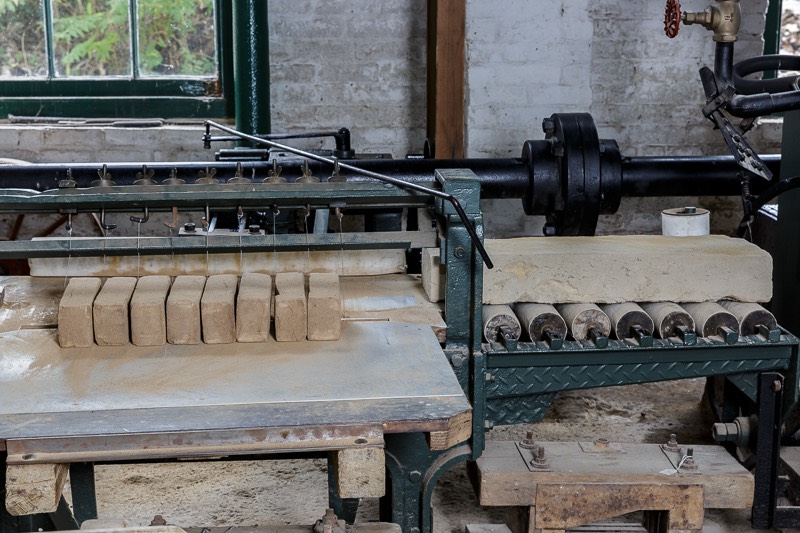 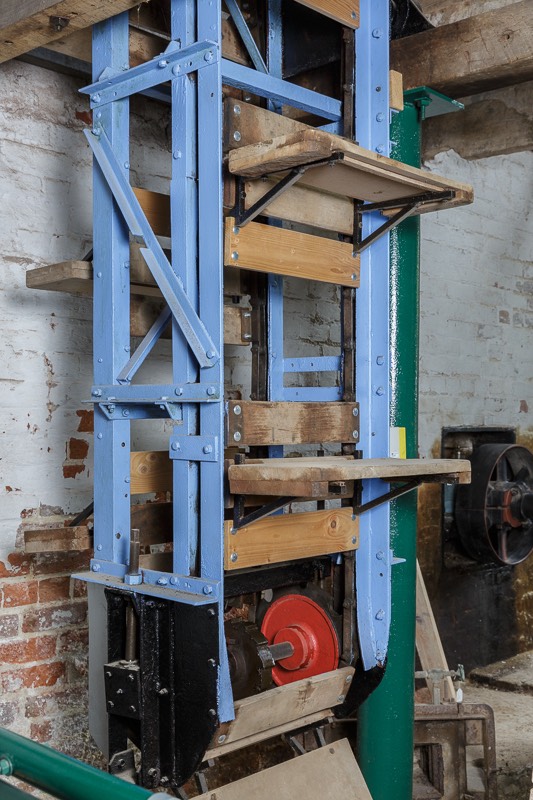 Is there only one engine?
Oh no. When the northern complex closed down [which later became the site for the Swanwick Air Traffic Control Centre], the engine for that section was taken down to the Poldark museum in Cornwall. Eventually, they changed their emphasis such that they would only show Cornish mining equipment so, with the aid of some grant money for transportation, the engine was returned to us. It sat under wraps in the workshop for a while. Then it was moved into the reception display area and, finally, after another spell outside, on the 20th of August 2015, we took it into the workshop and started stripping it down and cleaning it. That was a great day [laughs]. 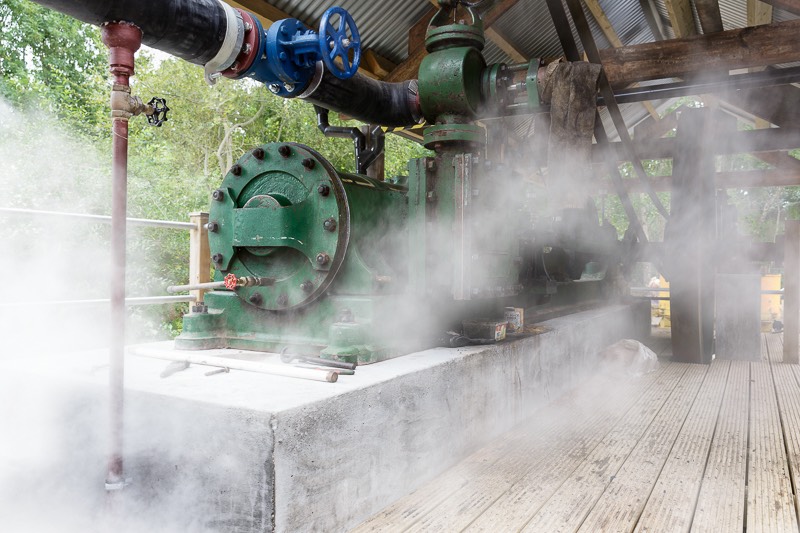 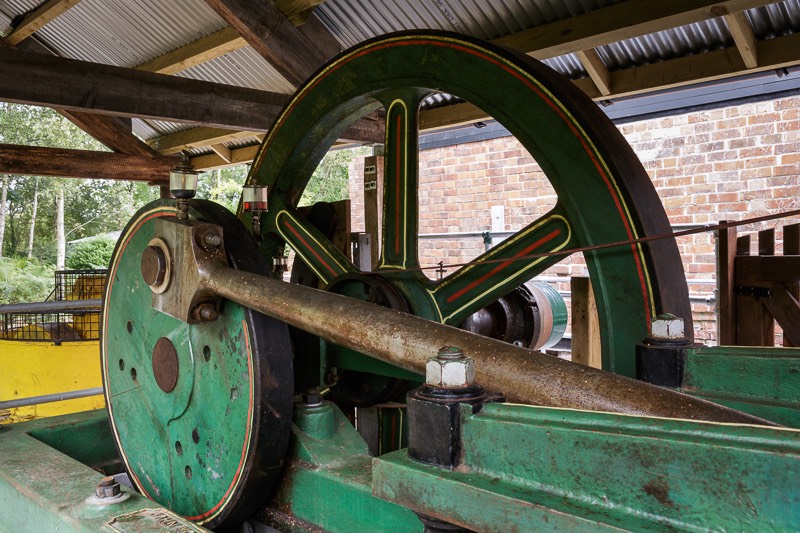 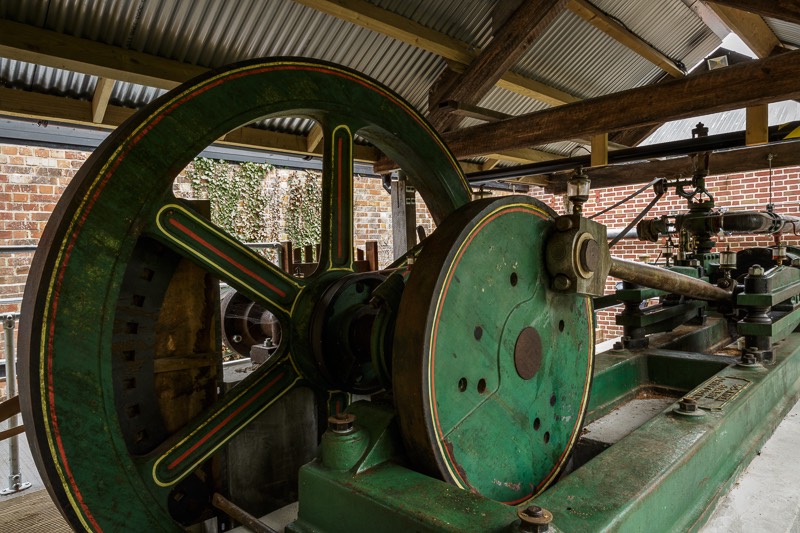 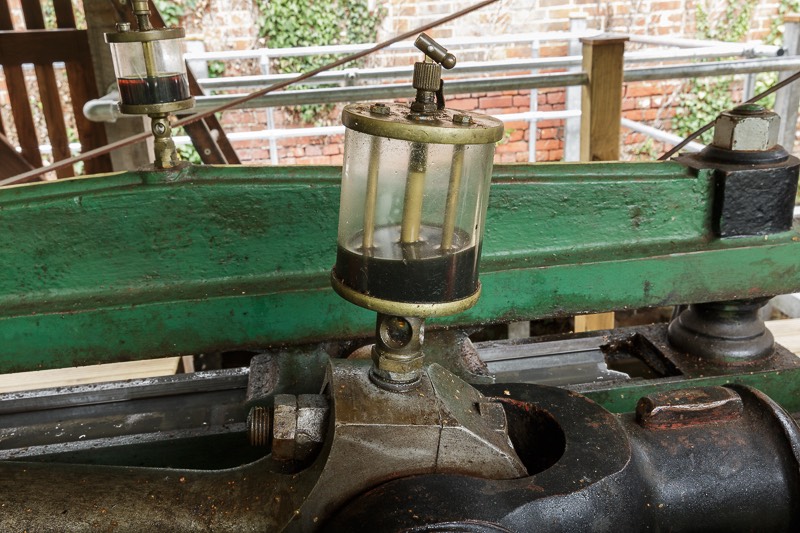 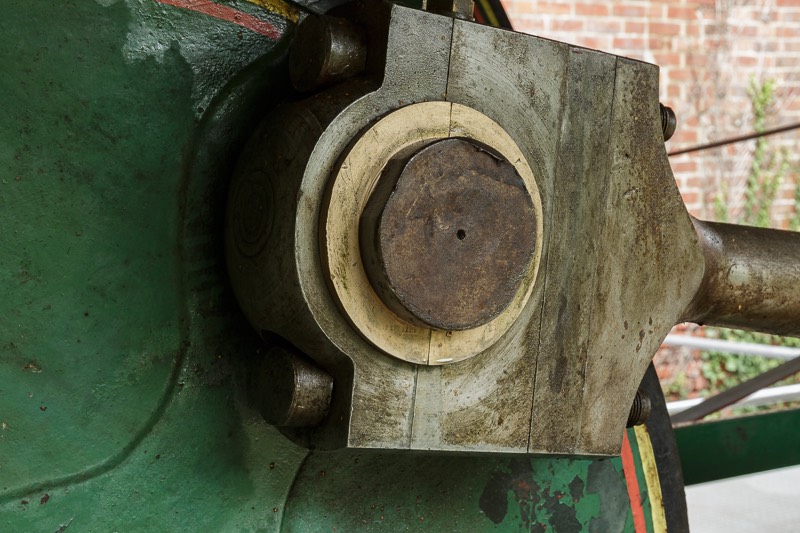 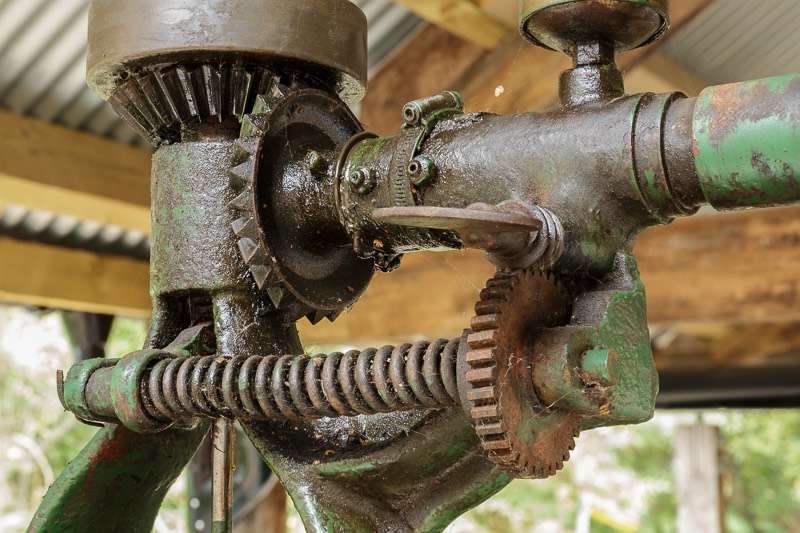 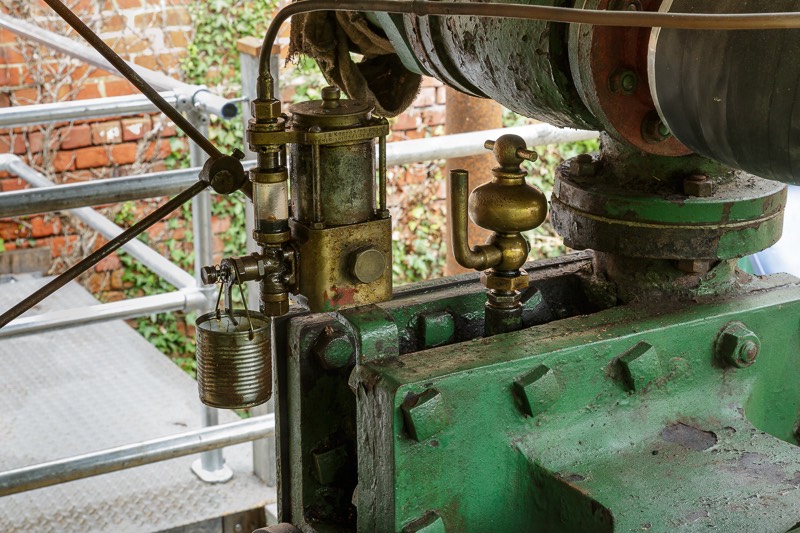 We finally had it running on the 26th June 2016. The work we’ve done on there has been purely what was necessary to make it run. There’s been no cosmetic work undertaken at all. It looks in need of a lick of paint but it works [big smile]. There’s still work to do, but we know that it’s basically in good shape.

How many engines in total do you have then?
We have the two big single-cylinder horizontal mill engines. I say big, but they are large for us. Sixteen-inch diameter bore by a thirty-inch stroke. We also have a little Worthington Simpson steam pump. All three of those run off the one boiler, plus, when we need it, the central heating. 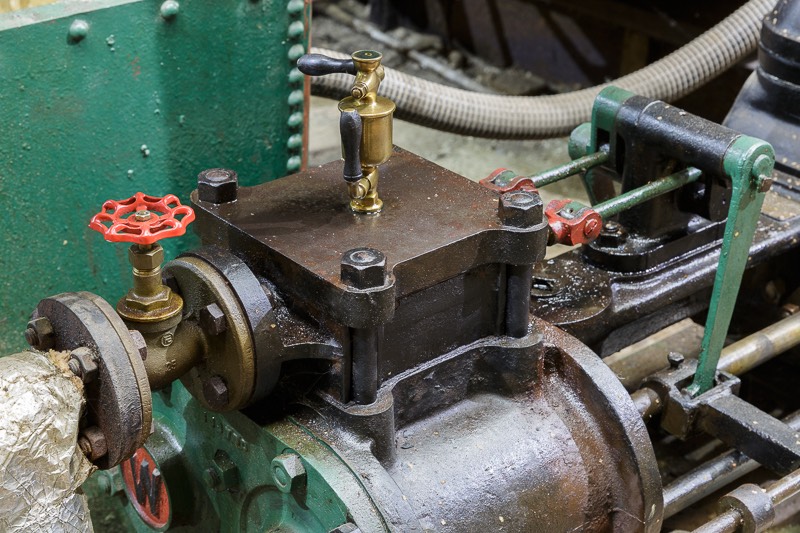 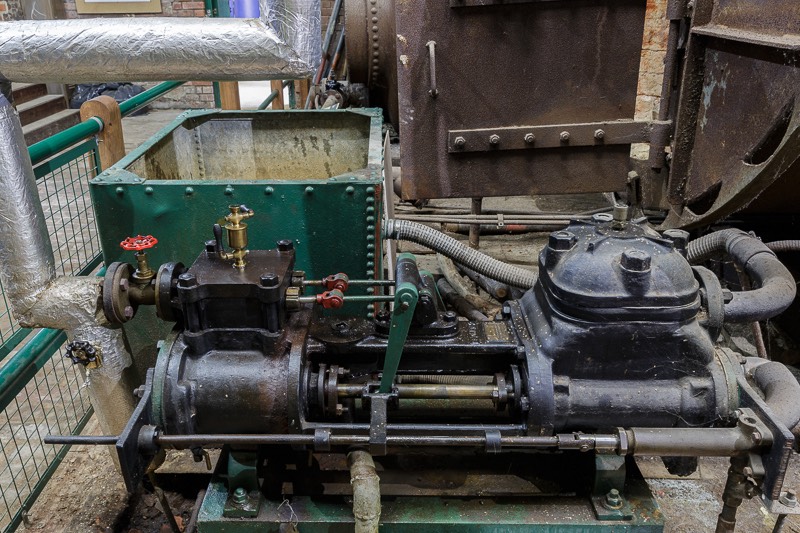 Then, outside, we have a vertical steam engine made by Stott of Birmingham, with a separate wood-fired boiler. We’ve mocked up a typical use for it where it’s driving a little vertical pugmill.

REF:
A pugmill or pug mill is a machine in which clay or other materials are mixed into a plastic state. Industrial applications are found in pottery, bricks, cement and some parts of the concrete and asphalt mixing processes.

Do you have names for the engines?
No, we just refer to them as number one or number two.

Do the volunteers have specific jobs?
No, although my passion is working with the engines, that would only occupy a fraction of my time. There’s always plenty of things that need doing around the site. General maintenance or a long list of new projects. 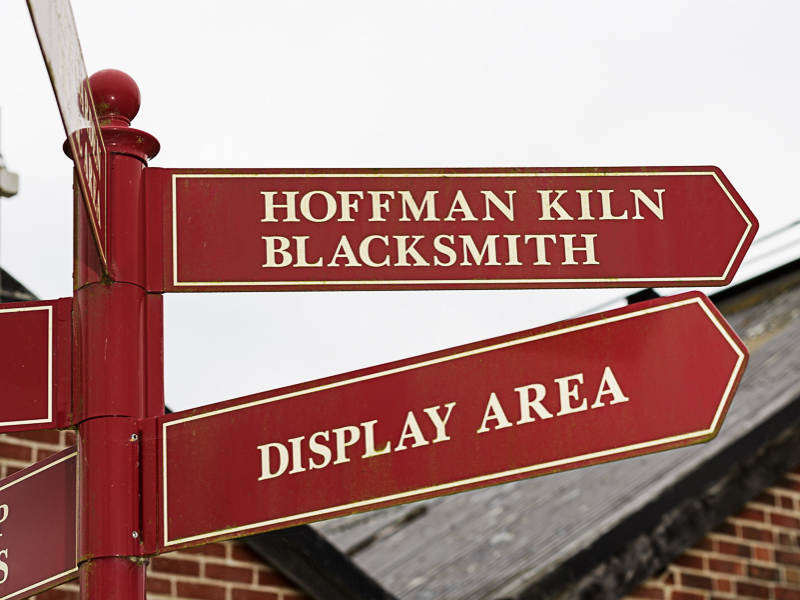 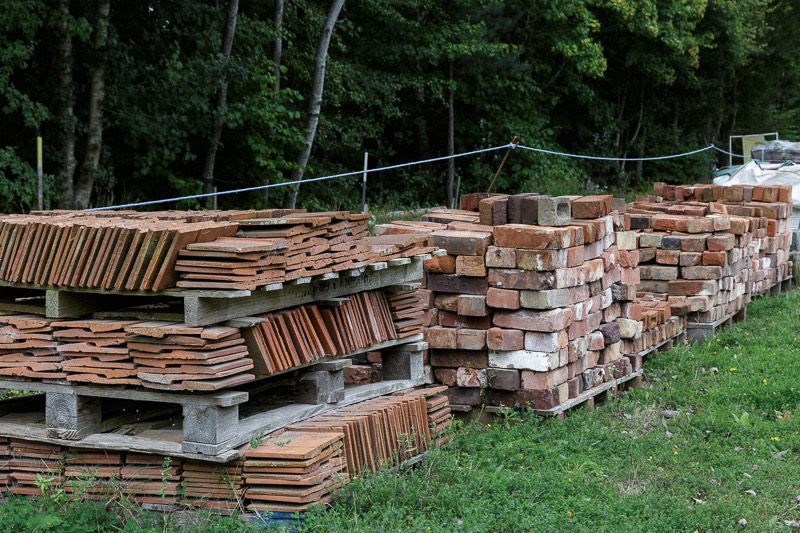 It sounds like you have a pretty good team
Definitely. As we’ve come to know each other’s strengths and weaknesses over time, we’ve become a better team. As I said before, we all have different backgrounds and the experience that we have between us all adds to the mix. 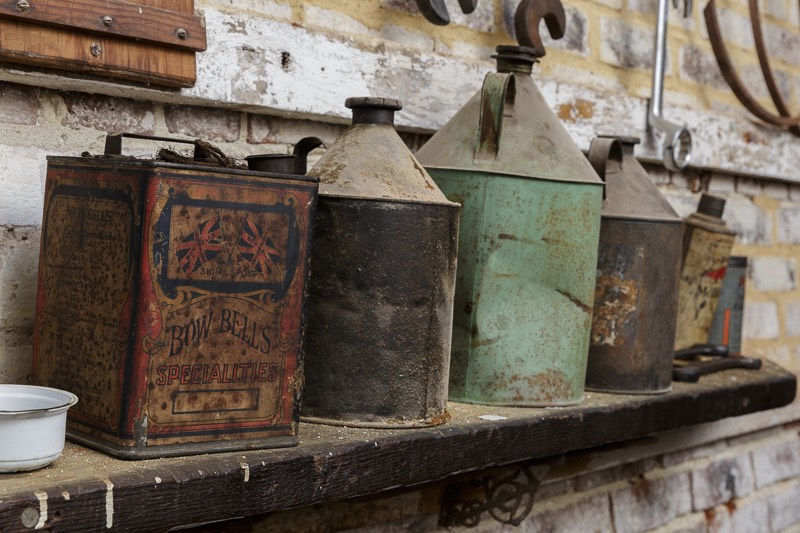 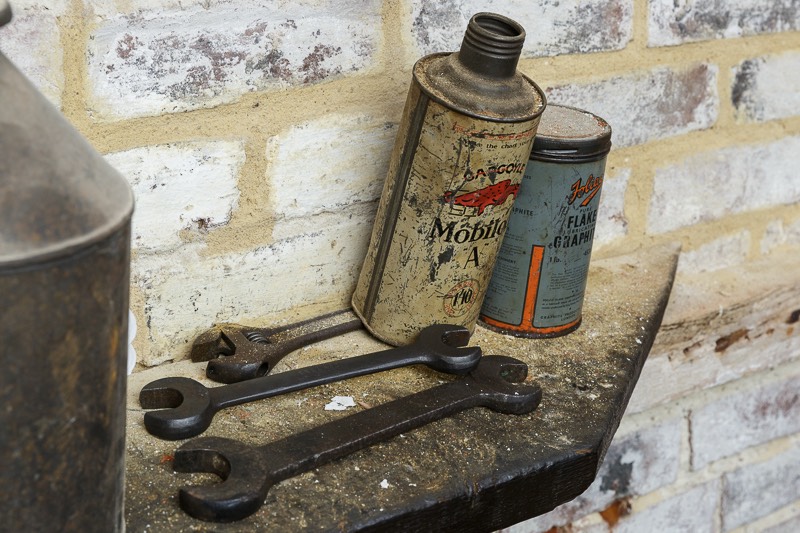 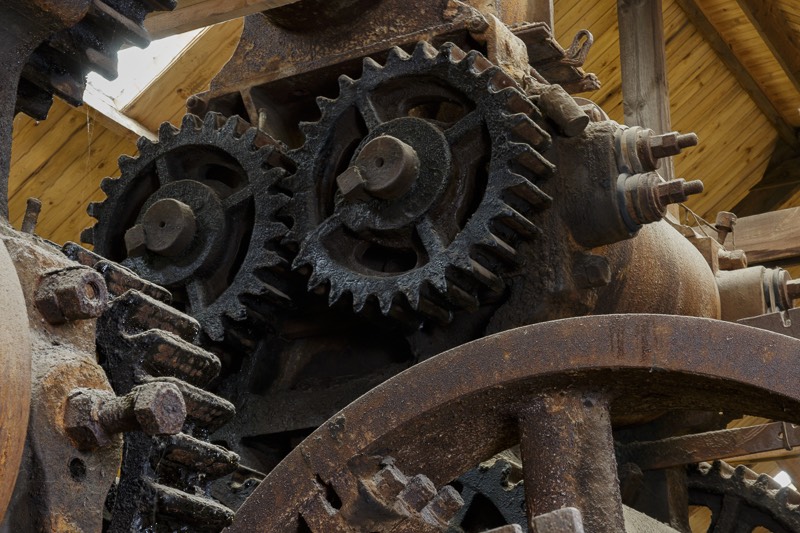 What’s the best part about what you do?
In some ways, the uncertainty of what to expect when I step on site each time. Obviously, I have a general idea, but every now and then something unexpected turns up that we need to help out on. It could be putting up a picket fence, digging a ditch to alleviate some localised flooding, laying a floor or whatever. All the fun of the variety with none of the pressure.

It sounds to me that it’s the polar opposite of your earlier working life?
It certainly is different and I’m glad not to have some of the pressures that I once had but there are some similarities, particularly the variety and challenge that I like. One of the biggest differences between volunteering at the Brickworks and my old job is the interaction with members of the public, something that never happened at work. It is always a delight to be able to share my recently learned knowledge of the Brickworks and still gain new information from visitors sharing their experiences.

So there you have it, a little bit of behind the scenes for one of the Bursledon Brickworks volunteers. The museum has survived, not just due to Heritage and Lottery funding, but because of the passion and contribution of all the volunteers and staff. It has a lot to offer and is a fascinating peek into local and national history. Take some time to visit, fun for all the family as they say – tell them I sent you :-)

My thanks to Bob, all the volunteers and staff at the Museum, for granting me access and giving up their time to contribute to this particular Weekend Passions story.