Fencing from seven to seventy

For most five year olds, being shown a history book with some fencers in it, would very quickly move into the realms of ‘what’s on the telly,’ or ‘can I go outside to play now?’ Not so with the young Cormac Foley …

Something in the pictures stirred up an interest that is undiminished to this day. Cormac, 14, Irish but living in Portsmouth, has just represented Ireland at the Paris CEP (Cercle des Escrimeurs Parisiens) Marathon, considered by most fencers to be the unofficial Under 15 world championships. 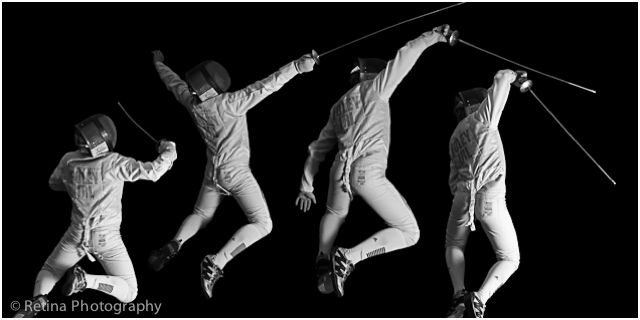 Cormac’s dad, seeing how fired up he had been after seeing the pictures, decided to take him along to a local club. Unlike most children of his age, who were only interested in a bit of sword play and running around with the other kids, Cormac, when told “sorry, you’re too young to join in just yet”, sat down quietly and watched for two hours, and at the end of the club session, he announced “that’s what I want do”. And ‘do it’ he has. As soon as he could find a club to accept him, at seven years old he started fencing. 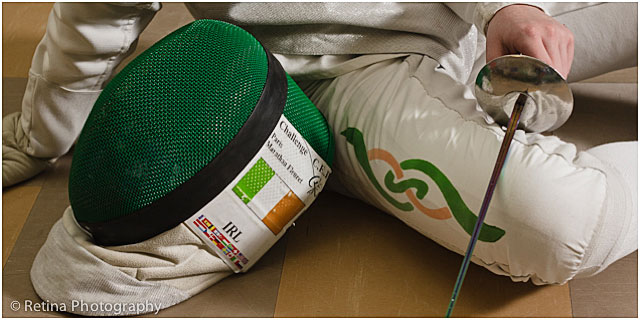 Now there’s a brief break in the story when Cormac decided that he would also like to try the martial art of Taekwondo. When Cormac sets his mind on something, it’s full on. With fencing only taking up one evening; for four nights a week, and Saturday mornings, Taekwondo took up most of his free time. Within two years, and now eleven years old, he attained his Black Belt. This would take most people, adults included, who attend a class once a week, the equivalent of six years! Trying to fit in Taekwondo, fencing, school homework and sleeping was starting to take its toll. Quite sensibly, mum stepped in and decreed that he must choose one sport, one instrument (oh yes, Cormac also plays the trumpet) and one youth activity. For Cormac, the decision was easy; the sport had to be fencing…his real passion. 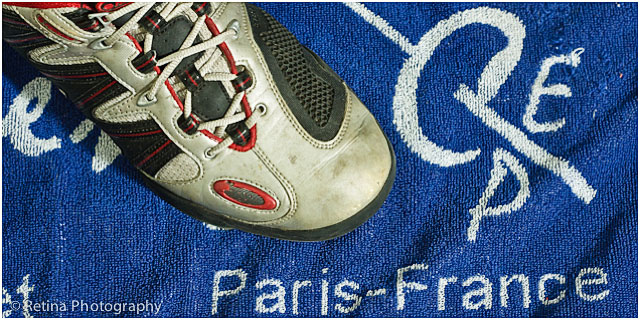 This year has been, and will continue to be, a busy one for Cormac’s fencing career. The Paris event has been the highlight so far, with 397 fencers in his category from 26 countries (about 1200 fencers in all). Cormac made it to the last 200, which is a considerable achievement for his first entry at this level, considering that many of the top ranking competitors are studying full time at their relevant National Sports Boarding Academies. 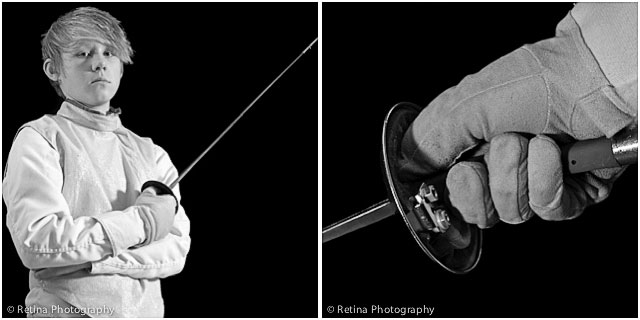 So what’s next? In January he qualified to represent Southern England at the GB Under 16 Nationals later this year. March this year will see Brussels hosting the ‘Challenge D’Escrime OTAN’, where Cormac will be competing at the under 17 event. In the same month, the Adult Irish Nationals will be held in Dublin, and this year Cormac is starting his first year of adult competition. So fingers (or should that be foils) crossed that he continues all the way to the top. But for Cormac it is not just about winning, Veterans fencing has a category for the over 70’s and Cormac believes he will still be fencing then.