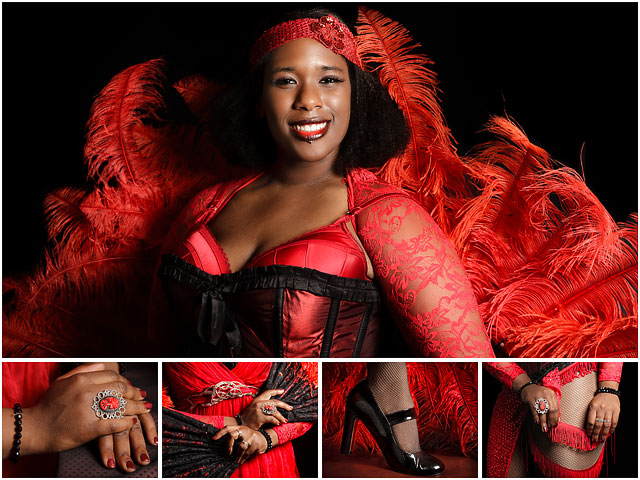 It’s a common misconception that the sole purpose of a Burlesque act is to provide varying degrees of titillation for male voyeurs. Whilst there has always been a risque element to some performances, this is not the sole purpose of a show. For many performers, of whom Melany should be included, Burlesque is a succinct piece of performance art, which has at its heart, a story to tell. For Mel, born in Barbados, but a native New Yorker since the age of two, the dance stage has provided her with a creative outlet and relief from the stresses of everyday living…

Mel’s family moved to Brooklyn, NY, to get medical support for her brother who has a hearing impediment. Seeking a career in Marine Biology, after high school, Mel opted to leave the family home and study at Plymouth University, in the UK, which has an exemplary reputation in this area of science. It was during her time at University in the UK that she encountered the world of performance dancing. Initially in the form of Belly Dancing, but, later, Burlesque. Accompanying a friend to a fun class, she was drawn to the art and decided to follow up with more classes. Eventually, this led to a student showcase, which was followed by her own gigs around five months later.  After graduating from university, she moved further east along the south coast with her partner, and now husband, Adam, to Southampton, where she continued her involvement with dance.

Mel’s preference is for Belly Dancing, which she considers to be more of a performance piece, providing the opportunity to convey an abstract story on different levels. By comparison, Burlesque, is more showy, has greater audience involvement and, as a rule, tends to have a more direct storyline. Not surprisingly, if a show were to feature only girl after girl doing an ‘interpretive striptease’, the audience would rapidly get bored. However, a Burlesque act will last, on average, around four minutes and is more likely to be part of a complete entertainment variety show. Often, these shows will feature musicians, magicians and, often, games between acts.

Unusually for a Burlesque performer, Mel doesn’t follow any one particular style. ‘Bubblegum’, which is one of the most popular styles, and probably best known by the public, which is described by Mel as “smiley, glittery costumes, huge headdress, the showgirl look”, does not fit her approach to performing. Instead, she has developed an ad-libbing, storytelling style, based around her own skill set and sensibilities. Her personal themes are often derived from a song or piece of music, to which she will create an interpretive dance performance. At any given time, Mel will have several ideas for projects bouncing around in the darker recesses of her mind. Once she has settled on her choice, she will drive her husband, Adam, to distraction by constantly playing it to learn its nuances, potential cue points, etc. 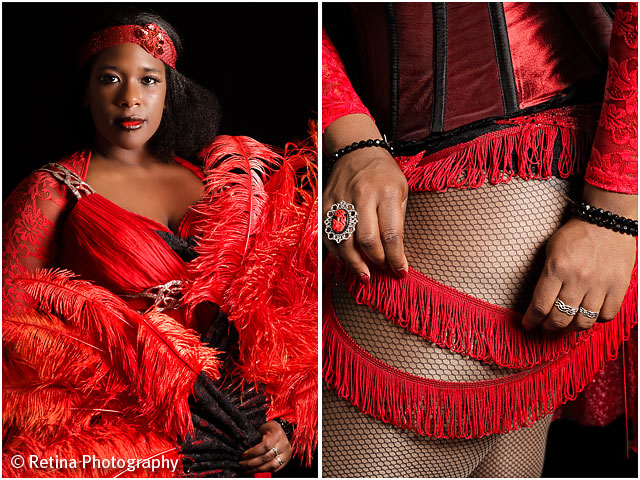 The majority of Mel’s outfits are hand made. She can be found scouring charity shops and second hand merchants everywhere she goes, on the hunt for props, costume material, or jewellery etc. Her costumes are rapidly filling up the space in the couple’s home and, as with any performer, she would love her own studio space for practicing and storage. Trying on costumes at home can have its drawbacks. One of her many costumes, from a choice of around ten and increasing all the time, is a circus themed clown suit covered in inflated balloons. One of her two pet cats freaked out when she first put it all together at home to practice. It was a salutary lesson in basic physics. When a gas filled volume is pierced, it will usually emit a loud noise. Exit one thoroughly shocked and chastened cat! 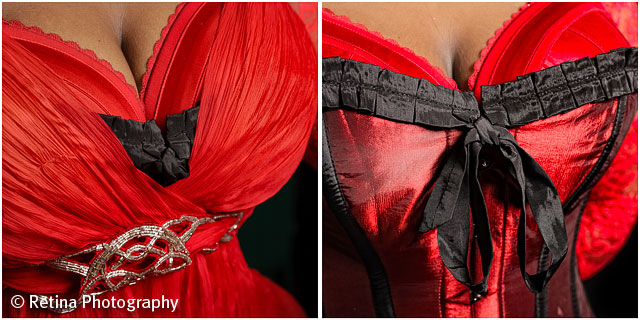 For Belly Dancing, it’s predominantly the music that drives the performance, but for Burlesque, the combination of words and music give the emotional cues and overall pace for the piece. There is no set style or tempo – each act or performance is unique. An act may occasionally use different songs to give a different feel, or to convey specific emotions, to match the storyline. It will be Mel’s interpretation of the song, and not necessarily the audience’s accepted view of what it is about.

With Burlesque, the reaction by the audience may prompt the performer to ad-lib within the ‘ad-libs’. So, if there is a muted response or limited reaction, Mel will adjust the act accordingly to encourage audience participation. She actually prefers an audience with darker, more gothic tastes, who won’t be expecting the aforementioned ‘bubblegum’, bright, brash style. She finds this type of audience is more open to an alternative, or more artistic, interpretation of the music that she chooses. The kind of clubs that Mel performs in are more likely to have Cabaret style stages. They are usually small and without any of the fancy lighting used in larger scale theatrical performances. The intimacy of such clubs is one the attractions for a performance where audience feedback is essential for its success and the buzz the performer gets from dancing in public. 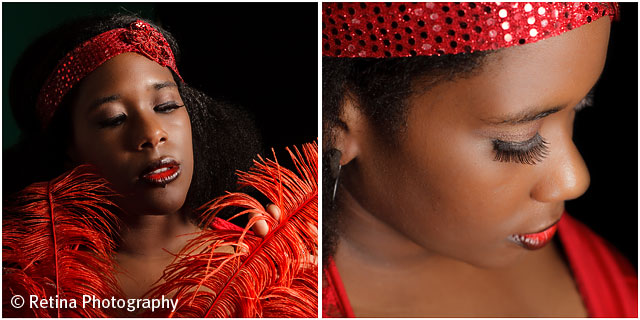 An analogy for the difference between audience reaction to Burlesque and Belly Dancing could be described as the difference between a stage comedian and a spoken word performance. Whereas a comedian is expecting to get laughs for each joke, shows of audience appreciation, a spoken word performance audience will wait until the end of the piece to show there approval. However, Mel says that she gets the most satisfaction from personal comments after a show, or between acts, from members of the audience who approach her individually. 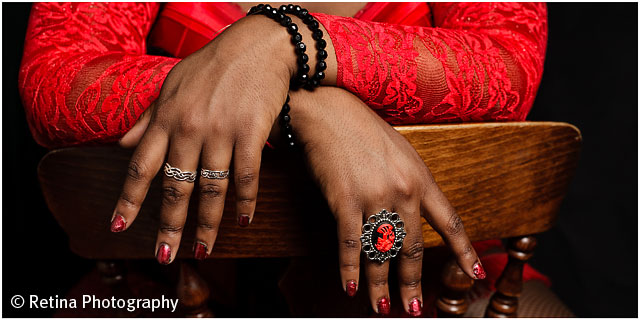 Mel describes her Belly Dancing style as her interpretation of ‘Tribal Fusion’, which is slower, more serene and a little self-absorbed. Wikipedia describes Tribal Fusion as “a modern form of belly dance, which has evolved from American Tribal Style belly dancing, blending elements of ATS with any other style of dance. It frequently incorporates elements from Popping, Hip Hop, Breakdance, ‘Egyptian’ or ‘Cabaret’ belly dance, as well as from traditional forms such as Flamenco, Kathak, Bhangra, Balinese, and other folkloric dance styles.” 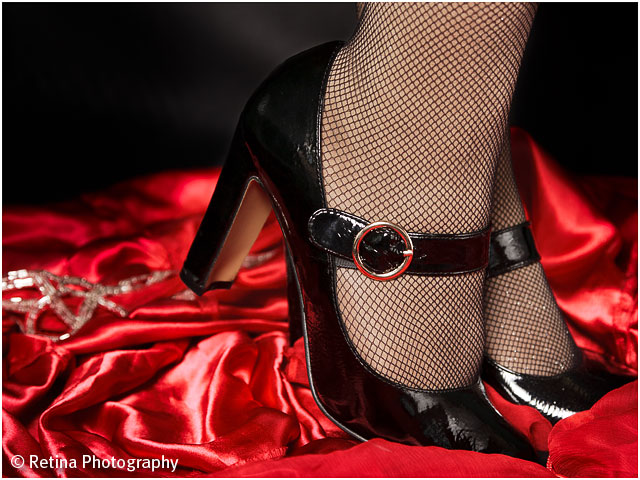 Although Mel is used to performing solo, she has also appeared as part of a Burlesque troupe called High Risque, based in Southampton. They are a support group that is also dedicated to training and bettering themselves as solo performers and as a troupe. They have performed all along the South Coast including local Nightclubs in Southampton & Bournemouth”. It may be that a dancer is not suited to a particular performance style, often dictated by the booking venue, or does not feel at ease with more risque themes when performing with a dance troupe such as High Risque. In which case, they will take a turn at ‘stage maiding’. The term applied to someone who collects the props and discarded items of another Burlesque performer. 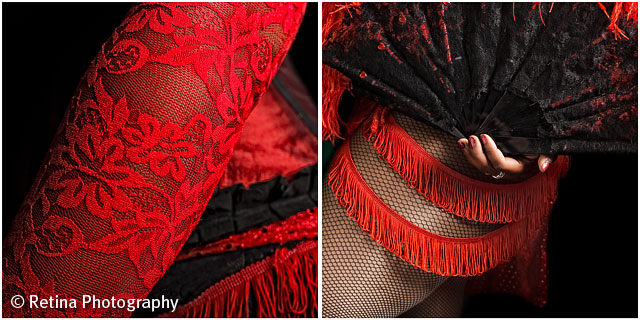 Mel performs under the stage name of ‘Midnight Iris’ and during the relatively short time that has been performing Burlesque and Belly Dancing routines, she has featured in a number of photographic modelling sessions and is starting to be in demand as a dancer, via word of mouth promotion. She recently performed at this year’s ‘Belly Mania’ show which is one of the annual, premier shows in South England. In addition, she has had several requests to make costumes. Having experienced, in Mel’s words, “all the annoying problems associated with mass produced dance wear: lost sequins/coins, poor quality tailoring, slipping during performance, etc.” She began making quality costume pieces for herself. Details of this service can be found on her web site (http://www.midnight-iris.com). Her web site is also a space where where she can freely express her feelings about what she does. In fact one such blog post, and a heartfelt one at that, refers to her mission of trying to change the perception of Burlesque from being a striptease to a story telling medium. 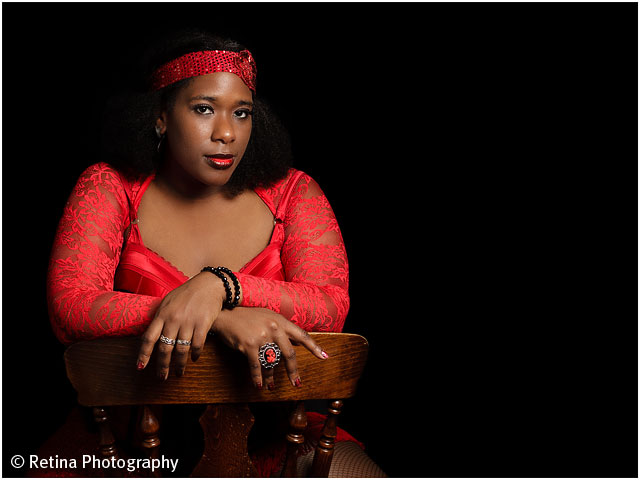 So, what does the future hold for this eclectic dancer? Mel says that she is happy to continue both forms of dance as a welcome diversion from the stresses of everyday life, but thinks that it would lose it’s appeal if it were a full-time occupation. She occasionally teaches belly dancing. Where some performers prefer, and are more comfortable with, bubble gum style, they seem to be less happy with graceful, slow numbers. Mel has taught these women to be comfortable with the slower pace. Not all performers are natural extraverts and it takes time and experience for a dancer to feel at ease with expressing themselves in such a direct way. One of her other skills is the application of make-up for dramatic effect and, along with the costume design, she thinks that this might be an area to pursue in the longer term.