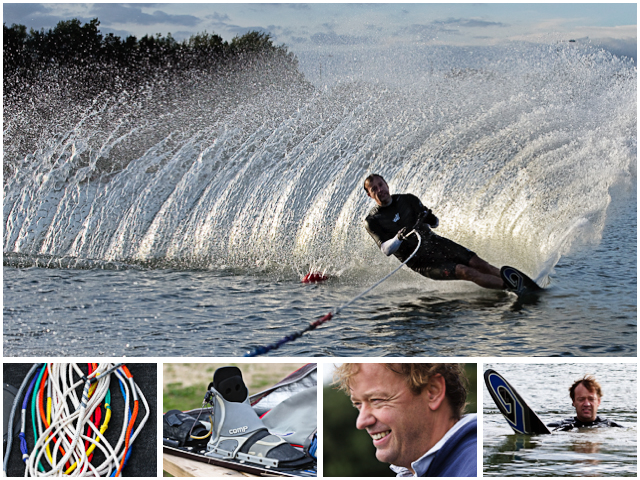 The long and the short of it

Spencer, Portsmouth born and bred, is just your average all round action man…

His hobbies, among others, include fencing, downhill mountain biking, flying, and, for the purposes of this story, water skiing.

It all started in 1984 when a friend at the time, who owned a boat, suggested Spencer have a go at water skiing. That first taste sowed the seed for what was to come in later years. However, it wasn’t until 1990 that Spencer joined an official club,  Langstone Harbour Water Ski Association, a local Portsmouth based Water Ski Club. This is the club where he got his first taste of slalom skiing and where he qualified as an instructor. But more on that later.

It was when Spencer became a member of the Chichester Water Ski Club in 1999 that he really progressed in skill and experience. He tried his hand at most of the water skiing variations from wakeboarding, kneeboarding, through to barefoot, trick and jump skiing before settling on slalom as his preferred choice. Weather permitting, during the season of April to October, he tries to get practice in around three times a week with Wednesday being a club night. About ten years ago, the club relocated from the other end of the lake and changed ownership. Currently it is a thriving club with seventeen members boats and a membership ranging in age from three to over fifty. 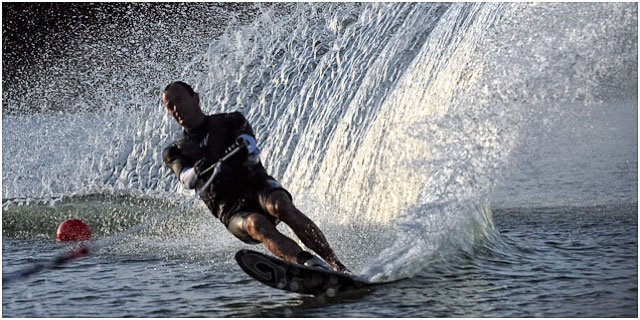 Slalom water skiers use only one ski (monoski) which has two bindings fitted , one behind the other so that both the skiers feet point forward. Bindings are available in a variety of styles, the choice of which is entirely down to user preference. For someone at Spencer’s level the boat will travel at around 34mph. The length of rope pulling the skier will vary with the skill of individual skiers, but the shorter it is the faster the skier will actually travel. In a slalom tournament the skiers will navigate around a predefined, internationally approved course of six buoys. Their overall score is based on the number of buoys successfully cleared, the speed of the boat and the length of the rope. 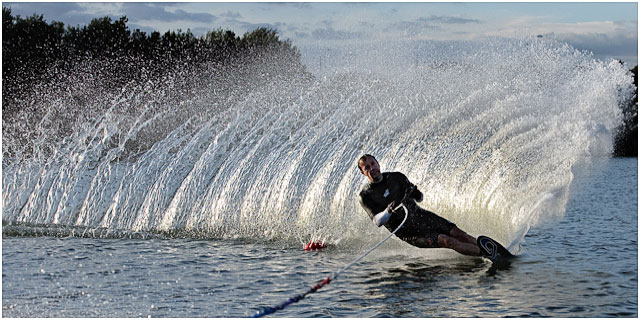 In 2002, Spencer qualified as a skiing instructor via the Langstone Harbour Water Skiers Association. The instructor course is usually carried out over a weekend to allow practice time, presentations and the actual examination itself. Before attempting the examination candidates must be competent skiers, have logged ten hours of teaching under a qualified instructor, hold a current first aid qualification and a boat driving qualification known as the ‘Ski Boat Drivers Award’ (SBDA). An additional ski driving qualification known as the ‘Club Driver’ is available for people who want to improve their skills in driving skiers in competition disciplines and to make the best use of the electronic driver-aids now fitted to most ski boats.

The next step up from ‘instructor’ is coach. For this, an instructor must have at least twenty hours of logged teaching and have a good technical understanding of competition disciplines. Although Spencer meets all the requirements for this level, it’s something he’s considering for the future, but for the moment he is content to instruct newcomers to the sport and enjoy his time actually skiing. His aspiration for personal improvement is for a perfect pass on a 12 meter rope. As the saying goes ‘given enough rope …’ or not as the case may be.