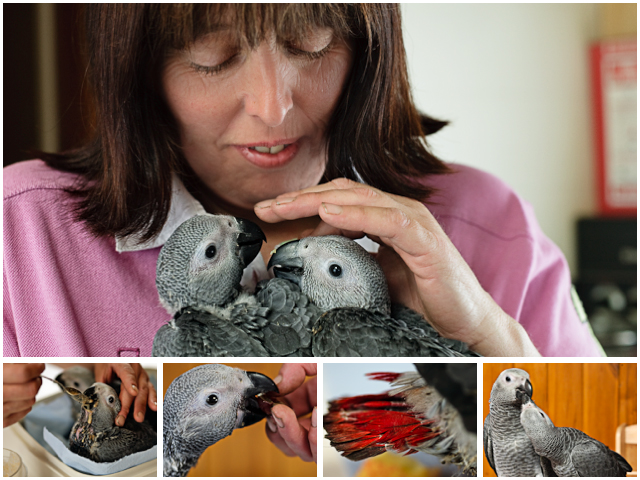 Diane, who runs and manages the family pet supplies business, Hansards, (Hansard Pet Center) with her husband and brother, lives and works in the same village where she was born. The business, originally her father’s, was a chicken and pig farm, but changed direction moving into providing pet supplies of every variety some eighteen years ago. In those days, they also sold exotic pets, such as small reptiles, along with a variety of birds, such as parrots, macaws and budgerigars.

As you would expect of a business that supports the pet industry, the family is surrounded by animals. Husband Alan is a keen racing pigeon fancier. Daughter, Isabel, looks after several family horses ranging from Shetland ponies to Shire horses. Between them, the family has seven dogs, four lurchers, a labrador, a whippet and a Jack Russell, all off which add to the family menagerie. The dogs have been mainly brought home, despite protestations from Diane and Alan, by son Russell who has a soft spot for abandoned or ill treated dogs. 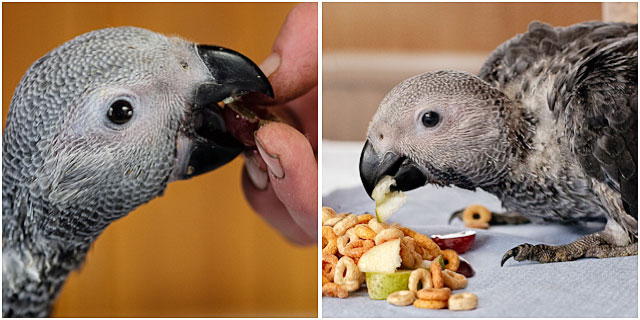 But Diane’s passion is for African Grey parrots. As a young girl, when her dad belonged to the local ‘fur and feather’ club, she had been surrounded by birds of one breed or another that were always on sale at the shop. There was something about the African Grey that caught Diane’s imagination, and she has been hand rearing them ever since.

When her dad passed away thirteen years ago, the business slowly stopped selling animals, but Diane continued to raise the African Greys. The Grey’s often live for between fifty and seventy years and are one of the most intelligent of the parrot family and excellent mimics. The current cock of her breeding pair is still in the first flush of youth at the relatively young age of eighteen. 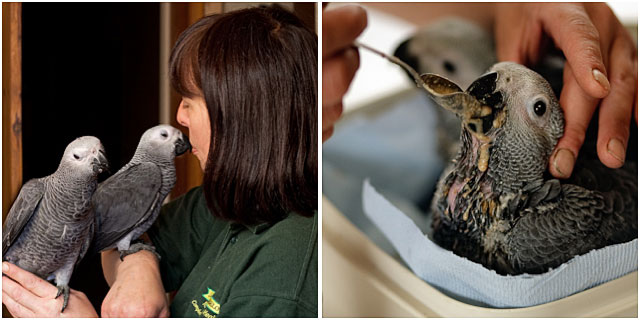 Diane’s aim is to rear the parrots in an environment that will ensure they have the least amount of trauma in their young lives and grow into well adjusted adults. It starts with knowing when to take the young chicks from the parents. It has been known, in extreme circumstances, for the parents to kill their new born chicks, so timing is everything. As soon as they are removed from the nest they are placed in a temperature controlled brooder. Hand rearing Grey’s is very time consuming and, just like any baby, they need regular feeds at short intervals. For the first three weeks they are spoon fed every three hours with specialist food until they reach six weeks old, when this is increased to four hourly intervals. This means that a regime of six o’clock, ten o’clock and two o’clock is repeated throughout the day. It shows how dedicated you have to be to have this amount of disruption to your daily life.

At approximately four weeks they are ‘sexed’ by sending a feather sample to a specialist laboratory. At around eight weeks old they will have reached their full, approximate, physical size and the final plumage and colouring will be starting to show. By this time, the bird’s diet is supplemented with fruit and nuts. Feeding is continually reduced with the aim of reaching one feed per day by around twelve weeks. Grey’s are intelligent enough to adapt their own feed patterns and will eventually only eat what they need to sustain themselves, but they need to be encouraged to do this from the outset. The birds’ temperament and demeanour is entirely dependant upon how it is raised in the first few weeks. Diane believes in keeping the process as natural as possible and exposing them to the sort of environment that they will eventually be kept in. From the time they open their eyes they see humans, in this case Diane, as a surrogate parent and, therefore, have no fear of them. Being brought up within a safe environment, but with all the everyday noises that a family and pets can make, ensures the birds are ‘socialised’ from the beginning and will not be traumatised when they are eventually homed with their new owners.

Diane is keen that whoever takes on the parrots has a good understanding of what is required to look after them. This is not just a business proposition and she will not hand them over if she has any doubts about their future welfare. 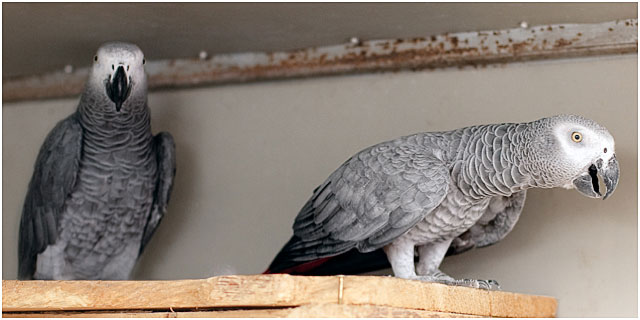 So it’s goodbye to this pair and hello, to the next batch.